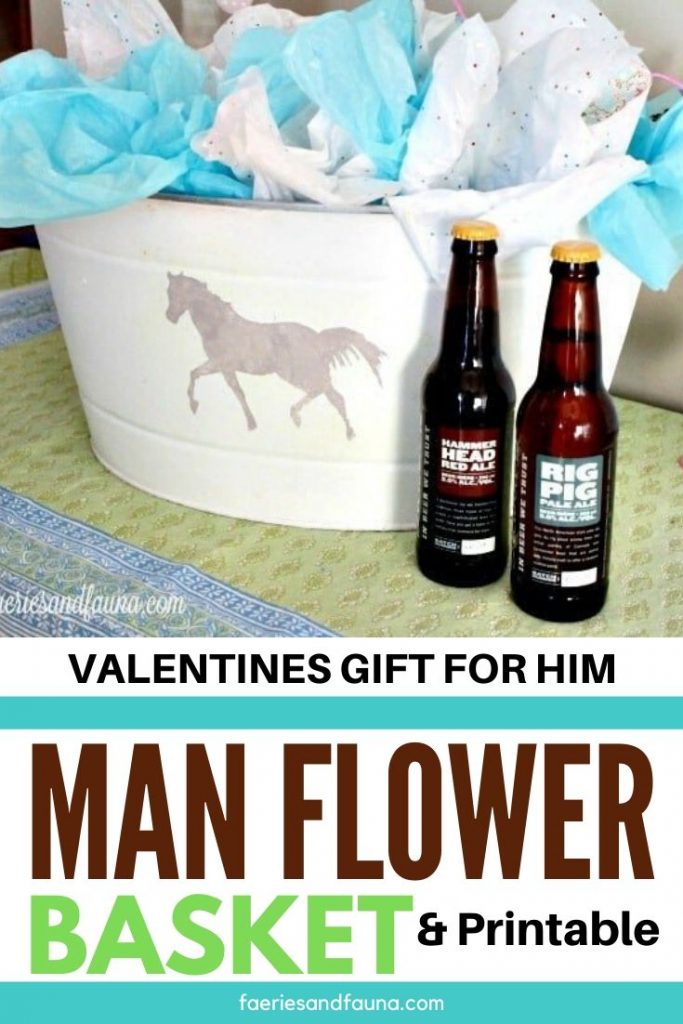 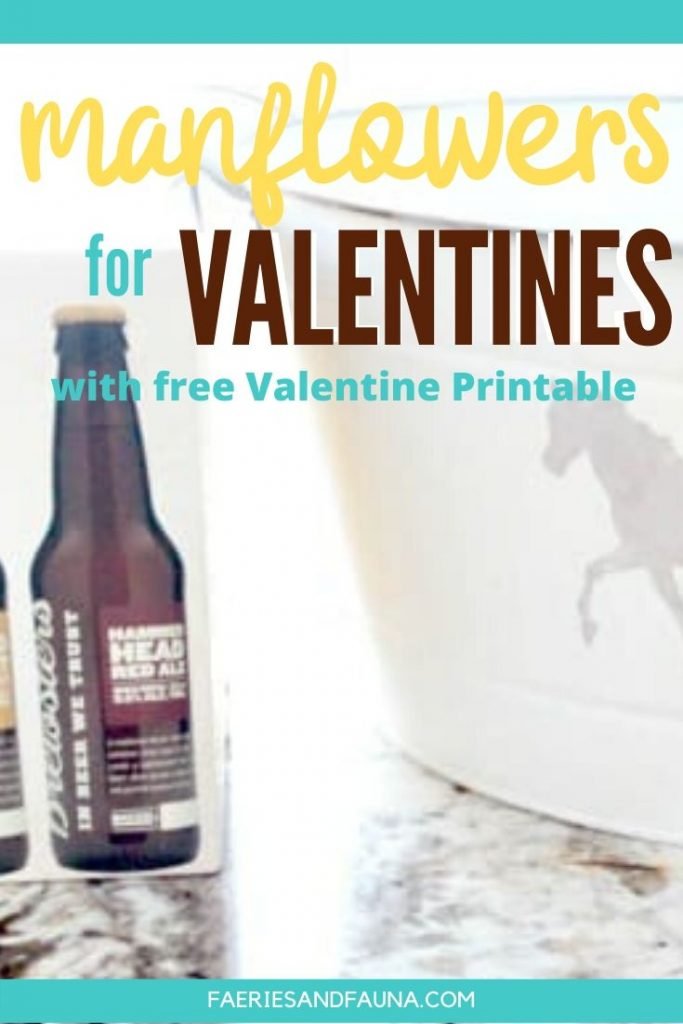 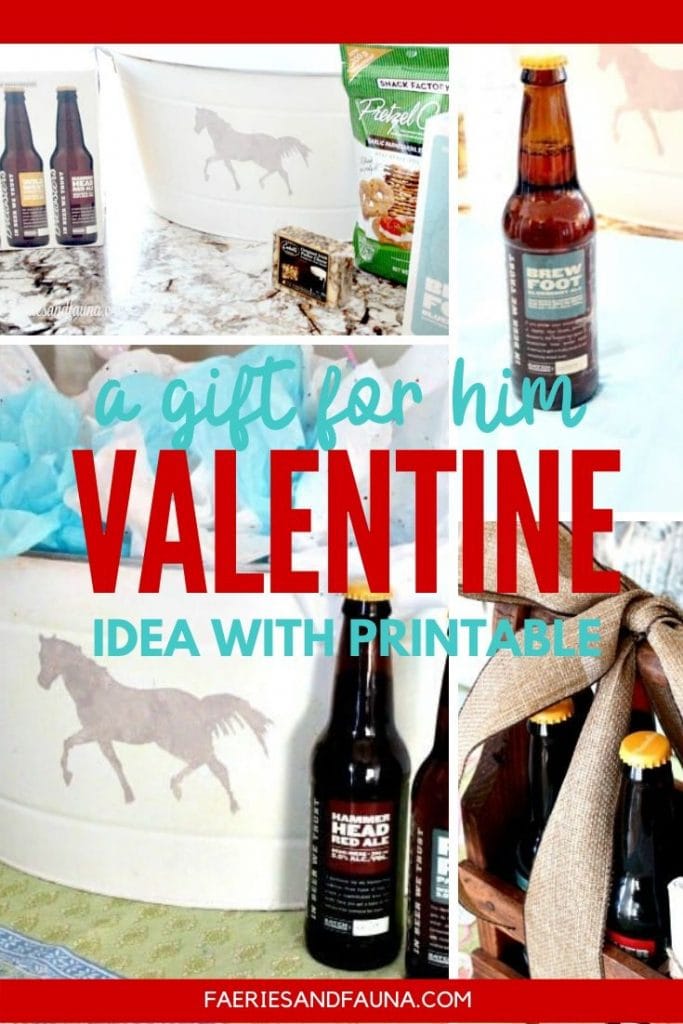 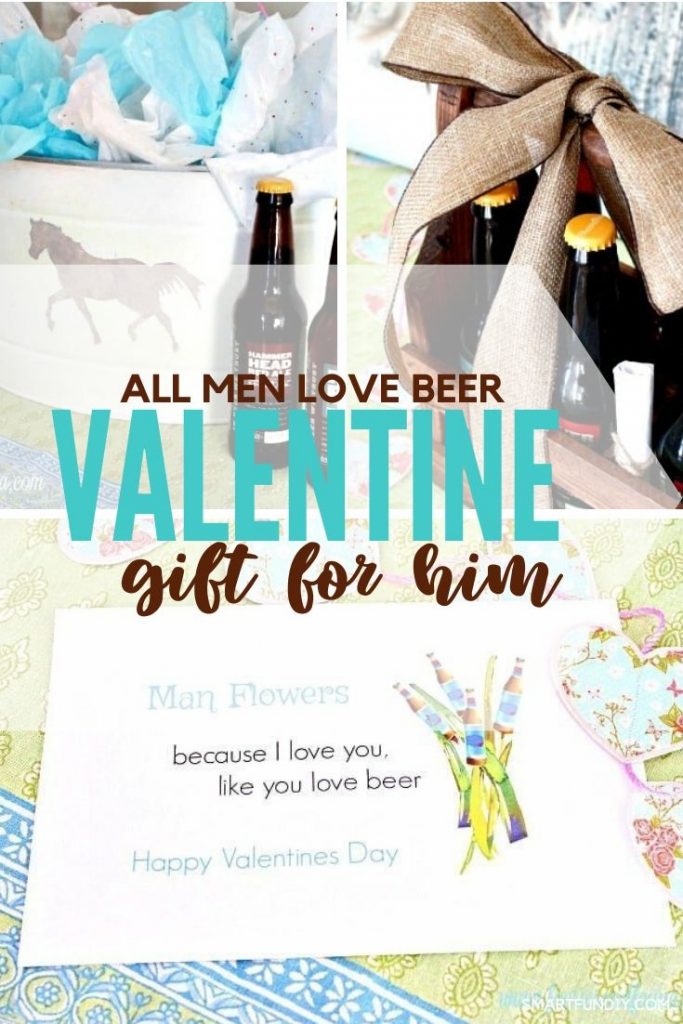 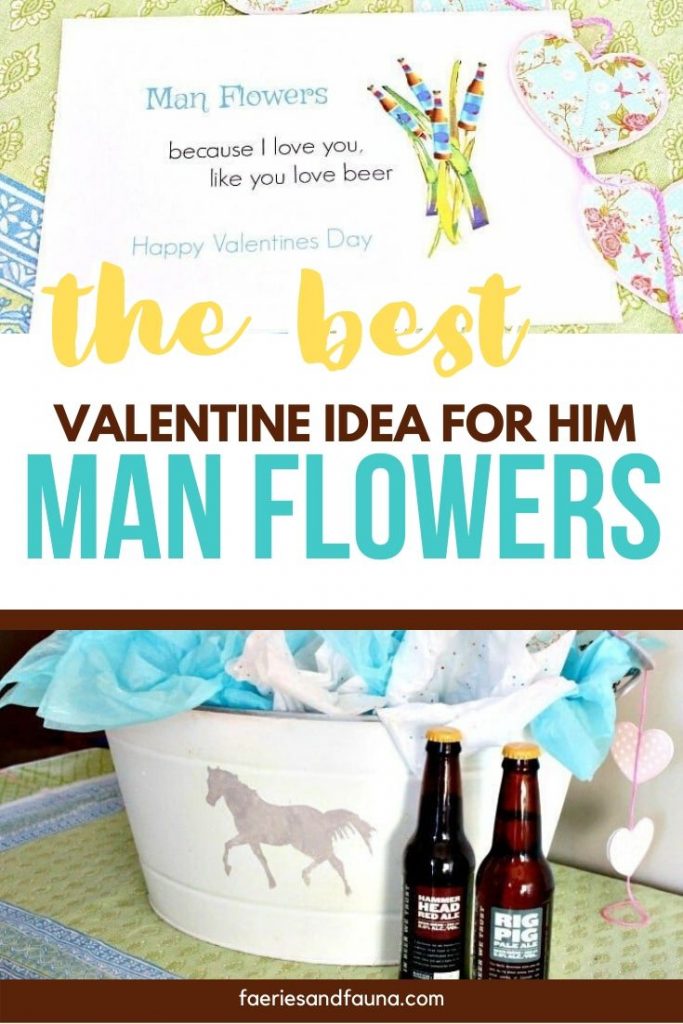 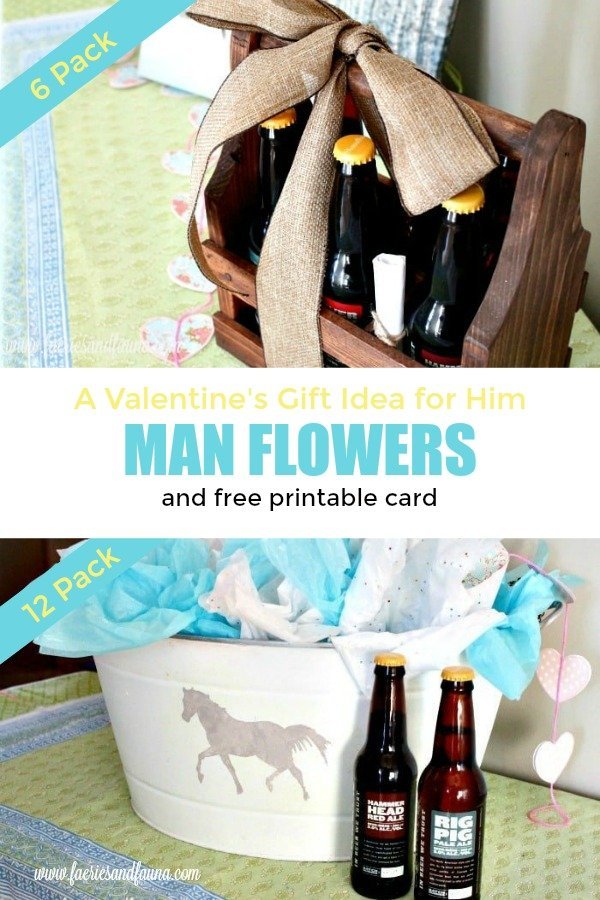 Valentines Day Gift for Guys a Bouquet of Beer

The easiest way to find something for Hubs is to think of something new and creative.  This year thanks to the Craft Beering Blog I discovered craft beers and he loves them.  I started with some craft beer with fun masculine names like Rig Pig and Hammer Head.  Nothing too romantic of foo-foo,  as that makes him uncomfortable.  Does your man like romantic gestures, or do you need to be extra thoughtful when surprising him?

Here is the free printable’s link if you would like to print one.    To add it to the bucket I rolled it into a scroll and tied it with a simple burlap tie.
d

Hubs got this little six-pack carrier for Christmas, but it would also be perfect for Valentine’s day.  I added a masculine bow in burlap and of course the scroll and a six-pack of craft beer from a local brewery.

I actually bought him two 12 packs of craft beer for his Valentine’s gift and some Guinness beer cheese and other snacks to go along with it.
g

To make the second basket I took this outdoor ice bucket that I refinished with a horse motif.

To wrap the beer simply place a single beer in the center of a sheet of tissue paper and pull it up,  Place in the bucket and repeat.

Once the bucket is full, I fluffed the tops of the paper to resemble flowers with the beer caps as centers.  Of course, I chose blue his favorite colour and the banner is included to make the picture prettier.

Which Valentines idea do you think the men in your life prefer, the more masculine wood six-pack, or the much larger man flowers basket?