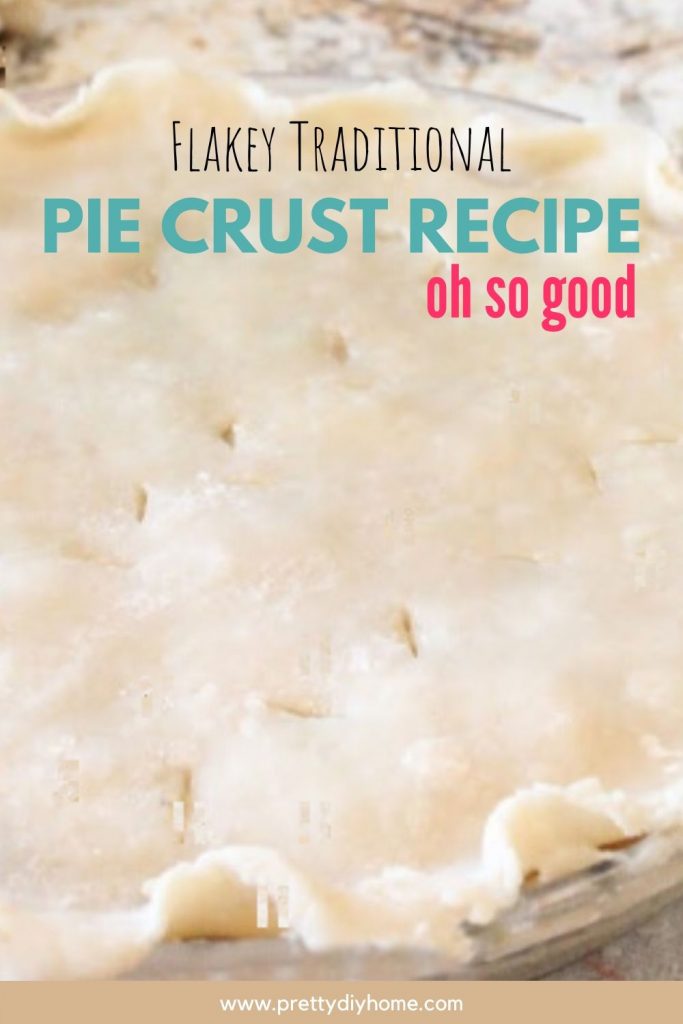 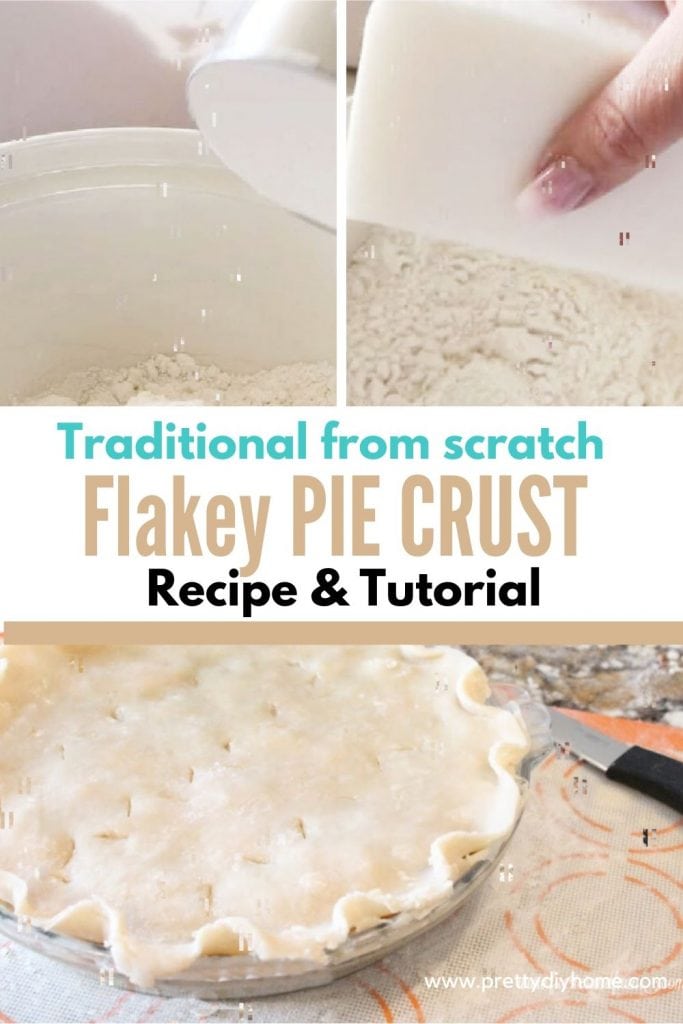 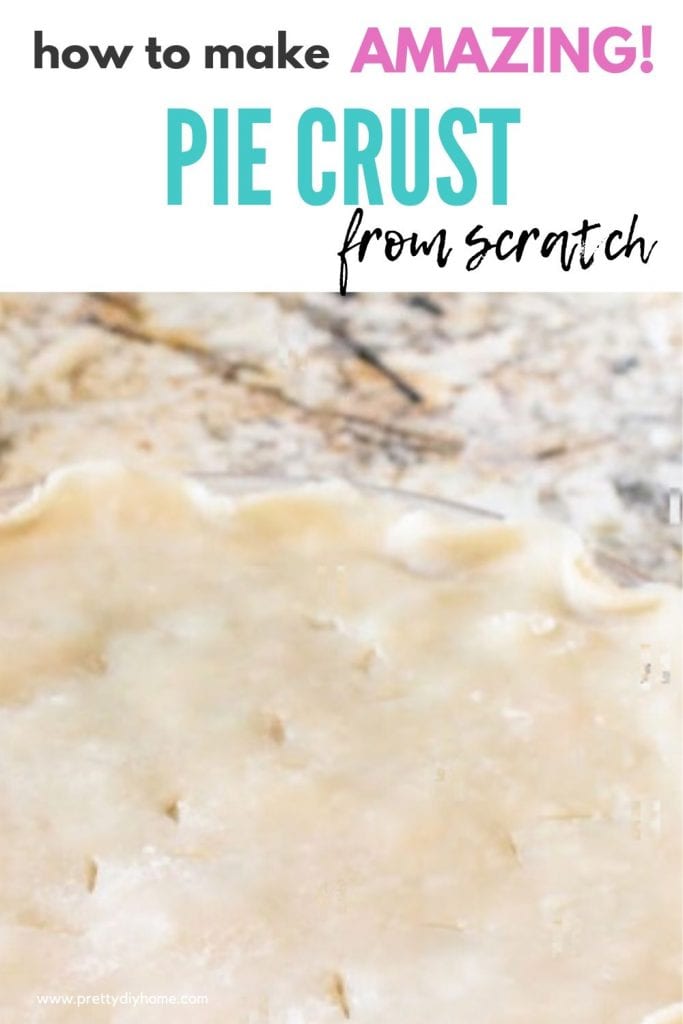 It doesn’t seem to matter what type of pie you make, a light flakey pastry is always the highlight of any pie recipe.   Today I am going to share my large pie crust recipe with you.  Its the best traditional pie crust recipe that’s been around for 100 years.  It makes enough pastry for two large pies or one slab pie.

If you want to just make one pie crust, here is the link to a very simple one  pie crust recipe I learned 50 (eek) years ago.

I am going to write this post as if its the first pie crust you ever made, and give you all the little hints, tips, and hacks I can to make it easy for you.

1 lb lard (not butter or Crisco)

Step one is to wash your hands really well.  Grab a large bowl, pin,  a 1 cup measuring cup, and a dry dishcloth for your soon to be sticky hands.  Grama didn’t have a food processor,  and I loathe washing dishes, so I make mine the traditional way with our hands.  Just remember as this is very hands on technique, make sure everything is really clean!!

In a large mixing bowl, mix together the flour and salt.  Use a measuring cup to scoop out your flour making sure the top is even by crushing across it with your finger.

No sifting is needed (long ago they always sifted flour to make sure it was clean and weevil free.  It has nothing to do with a flakey crust, so in the modern day we can skip the flour sifting.

Traditional pie crust is made with lard, not butter or Crisco.  Butter makes your crust more like cookies as it is much oiler than lard is.

Place the whole pound of lard into the flour.  Break the lard up with your fingers, incorporating the flour.  Lightly scoop out bits of the flour and lard between the palm of your hands, rubbing the palms together lightly, the lard will break down into smaller shapes.  Continue rubbing the mixture between your hands until the lard is distributed throughout and looks like small peas.

A grama tip – Test the dough to see if it has enough lard in it, squeeze a small handful of the flour mixture in your hand.  If it holds together its rich enough.  If it doesn’t work in a couple more tablespoons of lard.  Note:  If your new to mixing pie crust, I recommend watching the video, pie crust isn’t hard it just takes practice.  The video should help you very much.

In a one cup measure add the egg and beat lightly. Add the vinegar and then fill the cup with the ice cold water.

Sprinkle some of the egg mixture over the flour and gather the flour that clings together. I do this by rubbing my palm lightly over the top of the flour mixture, then gathering up the parts that formed dough. Repeat until all the flour is gathered.

Another Grama tip – flour and water makes a glue like paste.  So its easier to clean your hands dry then wet.  Take some flour and rub it between your fingers, to clean them, and use the dry cloth wipe them off.  Either way give your hands a good wash before rolling the crust out.

Dust your rolling surface with a little bit of flour and roll out your dough. If making tarts or hand pies cut into the desired shapes. Otherwise roll the pie crust to the size you need for your pie plate.

To keep the extra dough, wrap the gathered ball in plastic wrap. Then place in a air tight plastic bag and freeze.  Thaw before using.

Bake according to whatever pie recipe your making.

Rolling pie dough gets flour on your counters, and if you like me the floor as well.  Take the majority of the flour mess of the counters by scooping it and throwing it out with your hands.  If you have sticky parts I like to use a lifter to scrap the dough off.  Then I wash it as usual.

This pie crust freeze really well.  Just shape the pie dough, wrap lightly in plastic wrap and then a place in a heavy duty freezer bad.  It will keep really well for three months.  To thaw, just place the frozen pie crust in the freezer for a few hours.

You can roll and prepare you pie crust and freeze it already in the pie pan.  This works well for single layer pies like lemon meringue or coconut cream.  Just bake the pie shell frozen and once done add your fillings. 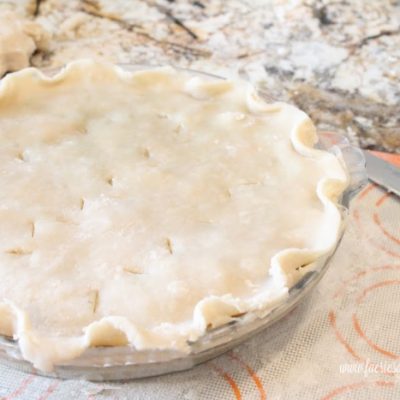 This is a large recipe, that I have used for 40 years and my Mom used it for many years before that.  It uses lard not shortening.  It freezes and stores very well.  If you have extra pie crust just freeze it well wrapped.
Print Recipe
Prep Time:10 mins
Total Time:10 mins