Playing and creating with jewellery wire is a really inexpensive and fun way to spend a couple of hours. Making these DIY wire dragonfly napkin rings allowed me to shut the door, focus on something both pretty and creative and ignore the other decluttering projects I am tackling. Did you ever notice how much clutter decluttering causes, good gawd Martha it sucks?

The first step was to gather everything I needed into a little basket. Here are the supplies you need to make these.

After grabbing some plain white paper I closed the door to my bedroom and hid. Crafting quietly with a coffee nearby is so pleasant, especially when there is nearly no cleanup.

Start by drawing a really simple dragonfly pattern. Use the photo for inspiration and draw your dragonfly to any size you like. You will notice both the dragonfly body and the wings are a single twisting line.

The body of the dragonfly consists of three circles with pinch points between.

Start by cutting a foot or more of the wire.  Starting at the tail end, pinch the end of the wire with needlenose pliers, then wrap the wire around the end of the pliers.  Slide off.   Once you have the little curled end, form a simple twist with your fingers or follow the drawing.  It does not need to be exact.

Pinch the end of the tail curl between your thumb and a small dowel and wrap the wire around to the other side, shaping half a circle.

When you have the circle finished, clamp a little bit of the wire with needlenose pliers.  Bend the rest of the wire upwards, remove the pliers and repeat by wrapping the wire around the dowel again.

Repeat these steps until you have four of the half circle wires.

Once you have the four half circle, pinch the top one closed and wrap the wire around the flat space.  This will form the head.

Continue working your way down the other side of the dragonfly body.  Insert a dowel in the space of the first half circle, wrap the wire around the dowel and then around the straight portion between each half circle.  Repeat until you reach the end.  Once you reach the end cut off any excess wire and make a small twist at the end of the wire to finish it.

In the above photo, you can see where the final product isn’t exactly like the drawing, but it is very similar.  By using the dowels and the end of the needle nose pliers I was able to make each circle and spacing relatively the same.

How to Make the DIY Wire Dragonfly Wings

To make the wings you need to start with at least a foot of wire.  Bend the wire in half and wrap the center of the wire around the spine of the dragonfly.

To form the wings work them free form by folding them over into the wing shape. Wrap the wire around the body of the dragonfly and then up the center of the wing.  Trim the wire so its a bit longer than the wing and then curl the end with needle nose pliers.  You can use the drawing as a template if you find it easier.

Repeat the process for the second set of wings.

Although bending the wire for the dragonfly takes several steps, it’s very quick to do.  Once you have the method done it took me ten minutes to wrap one.

To paint the dragonfly you need clear a small length of wire, Lepage glue, nail polish, a small flat paintbrush, and flower foam.  Add glue and nail polish the circular parts of the dragonfly.  Because the circles are small you can fill them in.

Wrap a strip of wire around the dragonfly and then push it into the styrofoam.

Starting with the glue,  grab a dollop of the glue, and push the brush to the underside of the wire loop and slowly pull the brush across.  It will leave a bubble of glue.  It may not work the first time but keep trying, just remember to do it slowly and it will eventually work for you.

Let the glue dry for about half an hour.

Once the glue is dry add a dollop of nail polish to the glue spots and let dry.

You can use whatever nail polish colours you have on hand.  The nail polish is great because the brush is tiny and the polish blobs together making the circle look almost jewel like.

Although the thinner wire is very pliable and easy to bed for the dragonfly it’s a bit too light for the napkin ring.  Instead of purchasing heavier gauge wire I chose to braid the wire together first.

Cut three pieces of wire 20″ long.  Hold one end of the wires together with an alligator clip and then braid loosely.

Arrange the wires so they are firm and as straight as possible.  Tape the ends in place to hold secure.  Trim the wires to about 1 1/2 inches.

Now we’re going to weave the ends of the wire into the braid on the other side.

On the loose side pull one wire out of the braid and push it into an open space of the other side.  Pull it through using the needlenose pliers.  Then push it through another hole in the weave.  Repeat until woven in.

Repeat with the other two wires.

Remove the other piece of tape, and weave in the rest of the wires.

Once everything is weaved in.  Pinch tightly with pliers.

My first idea was to start by wrapping the napkin ring wire around the dragonfly while I was putting the ring portion together.  I nixed that idea because it looked too bulky.  Instead, start with a six-inch piece of wire.   Lay the dragonfly on top of the napkin ring.

Finally, weave the wire ends into the napkin ring to secure.

Once attached, tweek the placement of the wires, mine needed some straightening and I placed the central wires of the wings back in place etc.

I am going to use these dragonfly napkin rings for a picnic basket kit that I received from an employer years ago.  They aren’t breakable and are very inexpensive to make making them perfect for my little picnic basket.  They will also look really pretty on a patio tablescape but I couldn’t take pictures of that as it is snowing here today.

These individually wrapped strawberry rhubarb hand pies are a real hit for picnics as well.  A little different and easy to serve in their individual parchment packages. 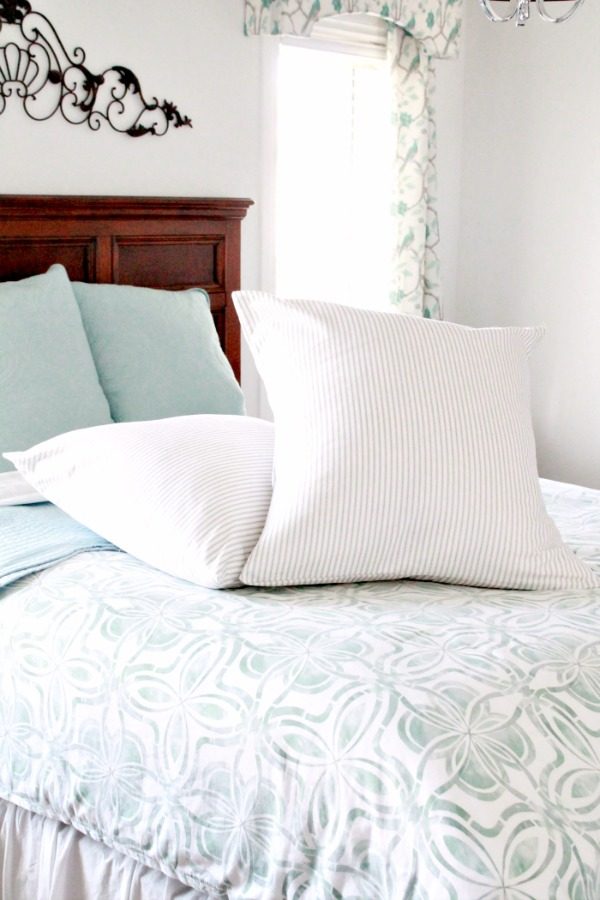 European DIY Cushions for Cheap European cushions are gorgeous,  they take a plain bed to a cozy haven to read or do girl primping.    I am home alone most of the time and still snuggle down on my bed to spoil myself with girl time. I first noticed European cushions online three or four…

All this year so far I have been trudging along repairing and refurbishing furniture, organizing too many closets, and enjoying the warmer summer temperatures of summer in our shop. I am somewhat bored with it and decided to make a fun just for the heck of it Dollar Tree Fall Craft Banner. My stash has… 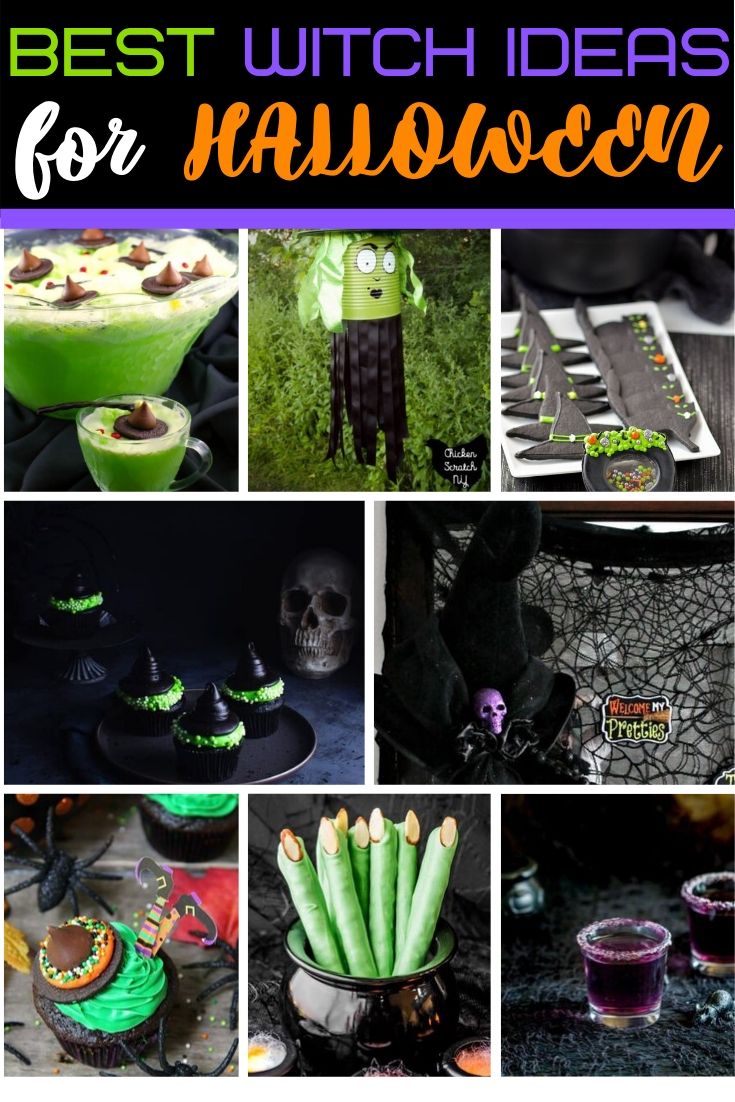 35 Witch Themed Halloween Ideas – A whole lot of fun Hocus Pocus No matter how you like to celebrate Halloween, if you like witches I am sure this roundup has some ideas you will love.  Whether your wanting to decorate for Halloween, make some pretty witchy Halloween crafts, share some witch goodies with your… 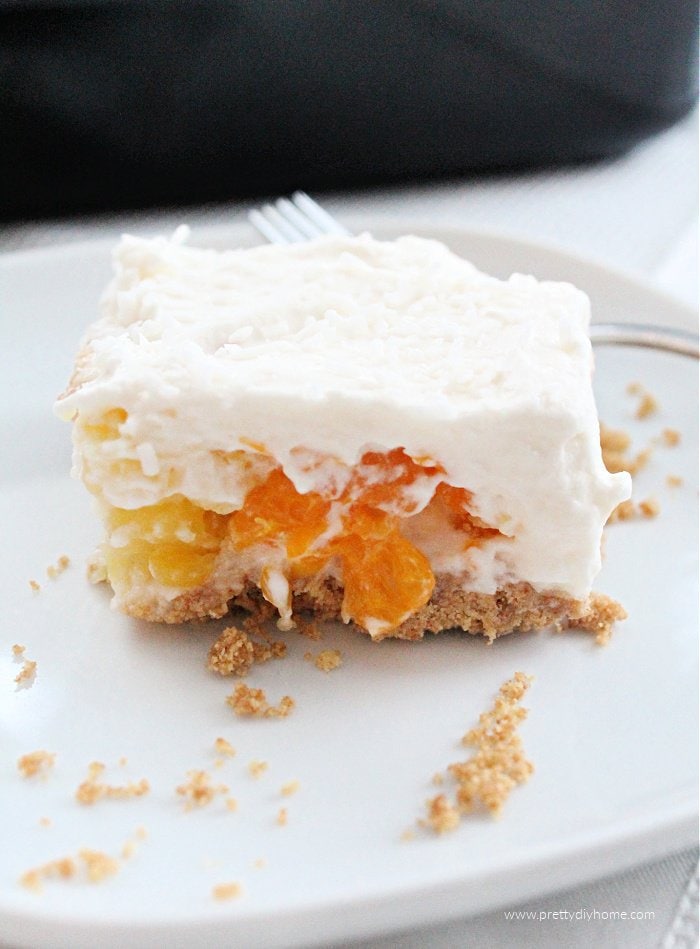 Us Gramas use to make a five cup salad with fruit and marshmallows, do you remember it? I still get requests for that five cup salad recipe, and although I love it, I have to admit its not really a salad. This recipe for No Bake Pineapple Dessert is dessert version of that recipe. All… 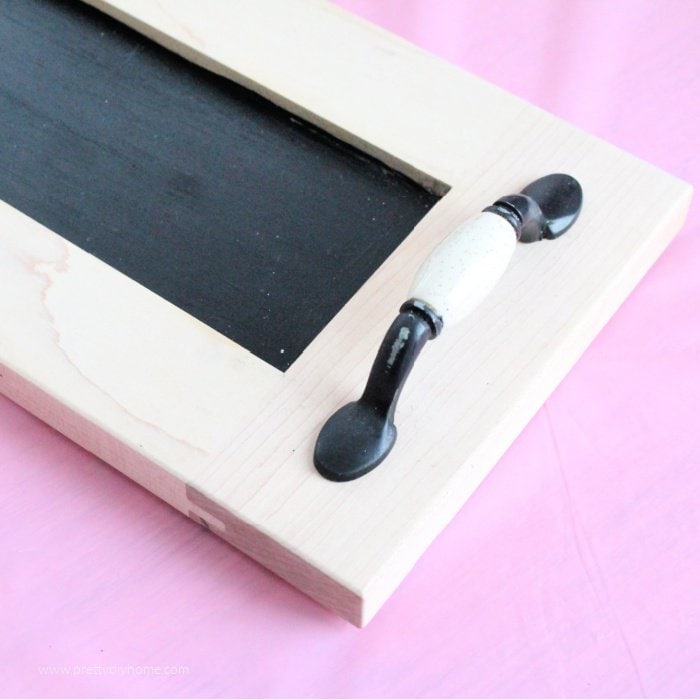 Start with a long thin kitchen cabinet drawer front in a light colour. The drawer fronts are long and thin making them perfect servers. We purchased ours at Habitat for Humanity for $2. You can make up one or several of these trays for so cheap. You can even do a few of them to… 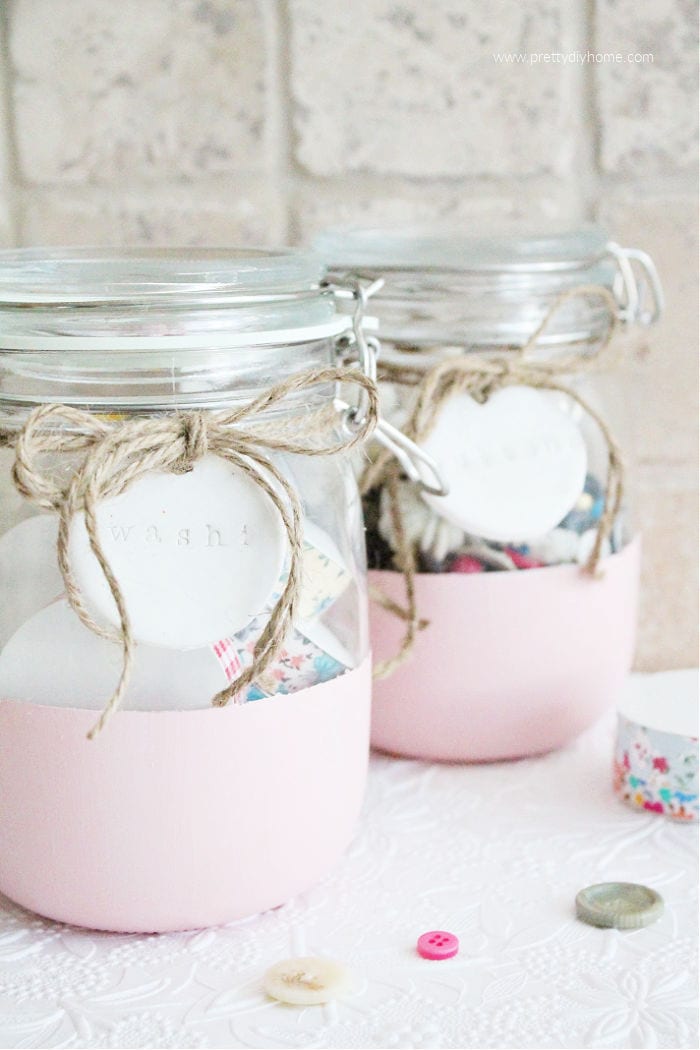 These DIY craft room storage jars are designed to add a little pop of colour to the neutral farmhouse shelves. Most of my craft supplies are kept in box shaped storage containers, but for smaller items like buttons, washi tape, and beads and such the boxes are too large, so storage jars are a practical…