This DIY Fall subway art  idea came from a weekend with my granddaughters.  Its so easy to do, that my two little ones were able to make two signs for their home in about half an hour with dollar store supplies.   I had not originally planned on sharing this with you, the photos are ones we took to send to their Mom and Dad.  After thinking about it I decided to share this simple craft idea I did with the girls as I felt you may want to replicate it with your families.  The process is the same for both versions. 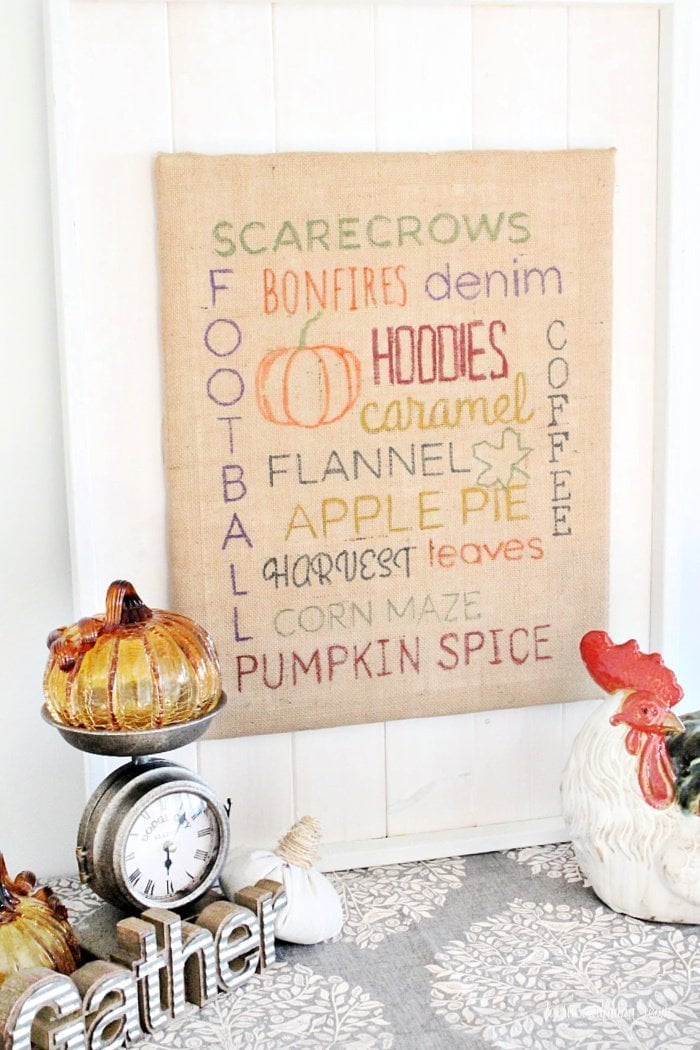 You will need, a black market,  dollar store canvases, the free subway printables and a stapler.

Print out the two printables.

Center the printable on the burlap, pin in place.

Trace the outline  with a black marker, onto the burlap either at a window, or on the table if you can see it alright.    My youngest granddaughter is 6 years old and is very very VERY independent, she did the tracing totally on her own. 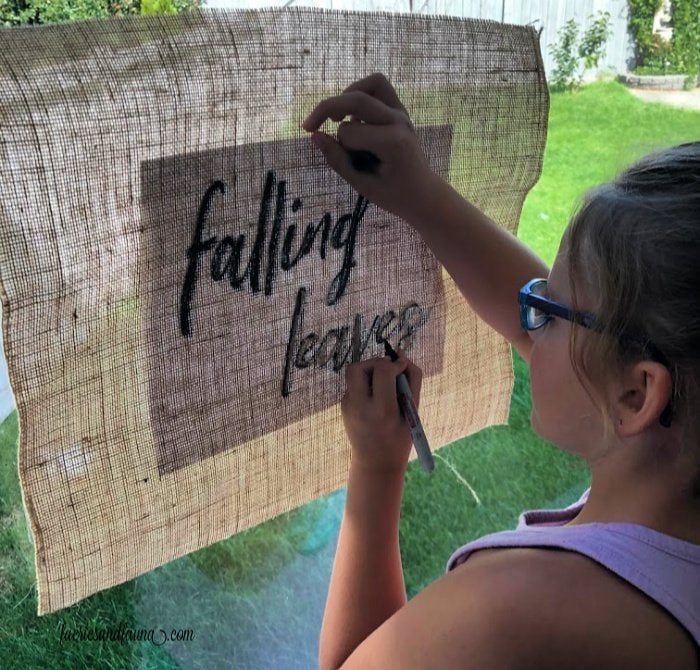 Once traced out, colour in the inside.  My other grand daughter is avery quiet natured  8 year old and a perfectionist, (don’t know where that trait comes from lol). She is colouring in her outlined letters.  It took her maybe five minutes to finish it. 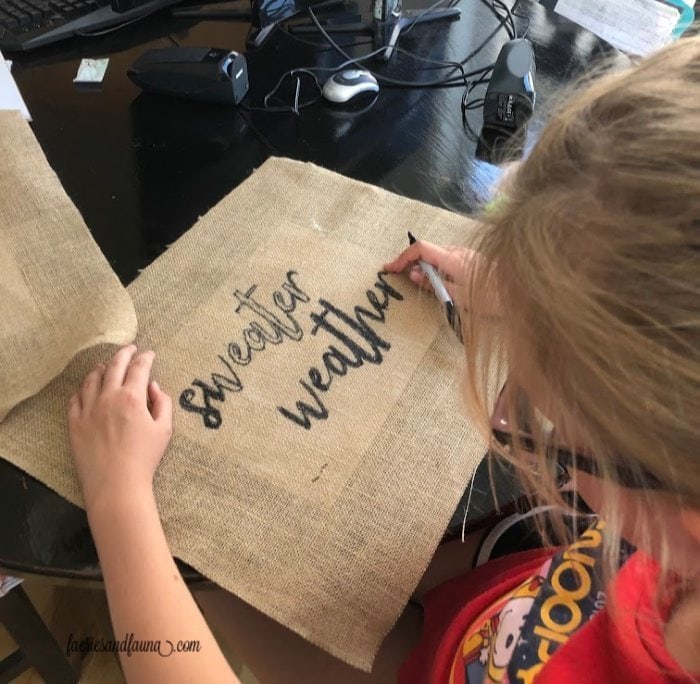 Wrap the burlap over the dollar store canvas, staple in place and trim off the excess burlap.

On the front side the girls had fun using needle nose pliers and the hammer putting in the corner tacks by themselves.  Grama hovered though. 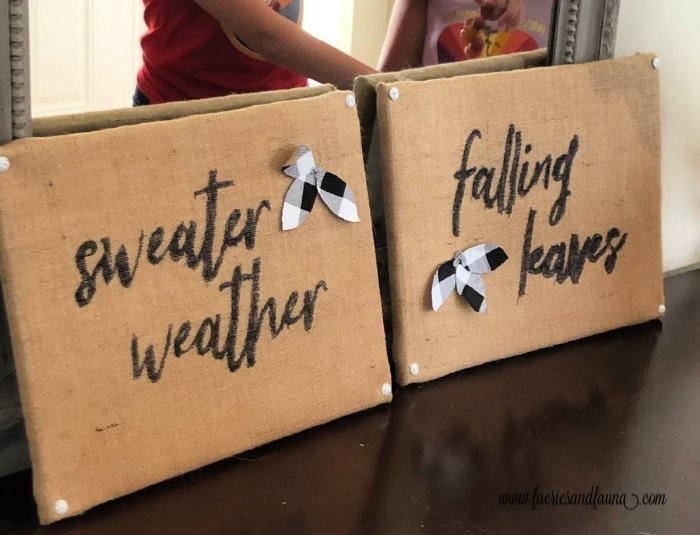 We also added some of the DIY burlap leaves from my chalkpainted pumpkin with burlap leaves post.  i pinned the patterns to the burlap making sure they were centered and operated the power stapler.  The girl’s did the rest of the craft on their own.  I think they did an amazing job.  I think they look great.

Here is my version of the same idea. 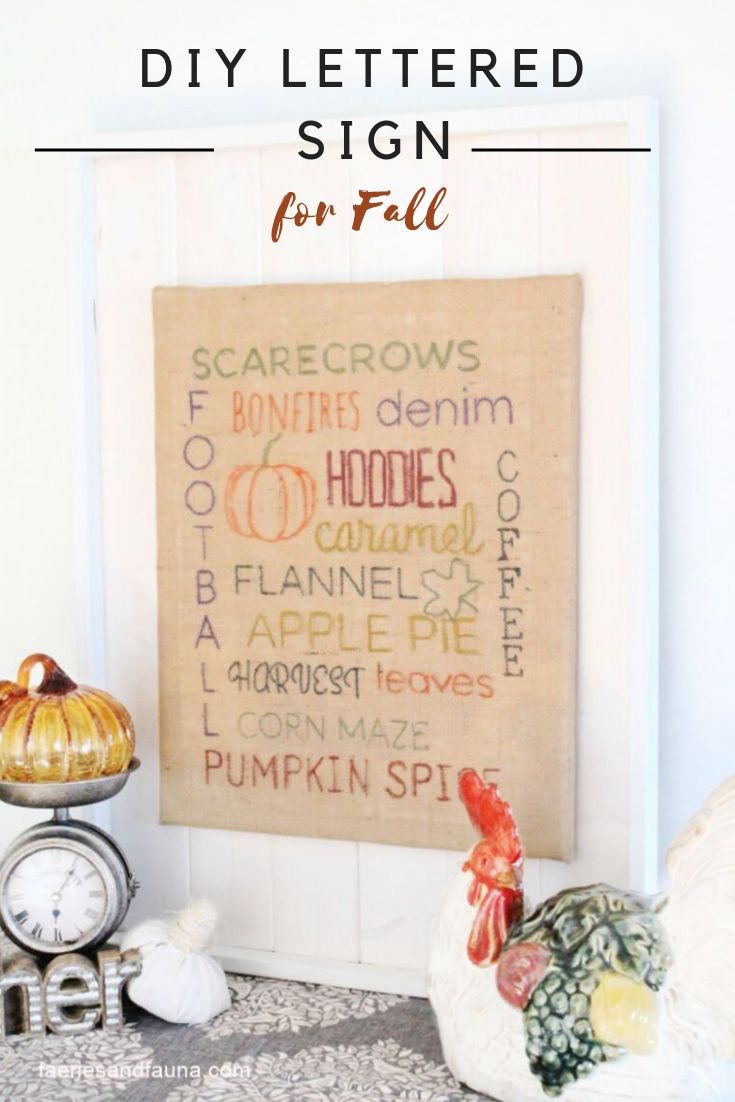 I had planned on posting this craft on the blog so I have step by step photos for you.  The general process is the same. Start by printing out the four page printable for the 16 by 24 inch sign. 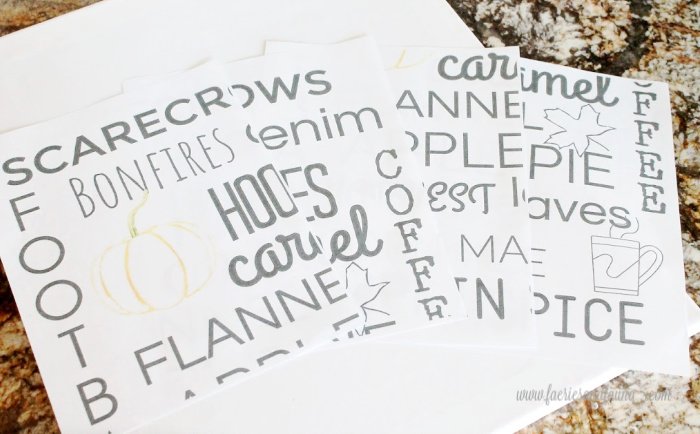 Overlap the top two printables first, and cut out any duplicate areas so that you can see all the letters.  Then tape together.

Once the top two templates are together add the lower ones, again cut off the excess paper that may hide the lettering.  Than tape together.  Your finished template should look like this, I hope you can see at least some of the cut paper. 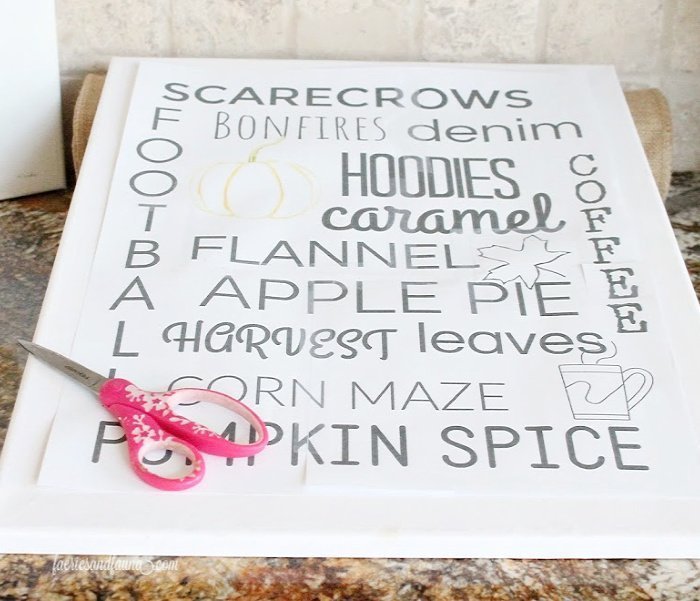 Once the template is centered I placed the dollar store canvas on top of a large piece of burlap, centered it and then cut the burlap.   Once done I made chalk marks on the burlap to make it easier to center over the canvas once the lettering was transferred. 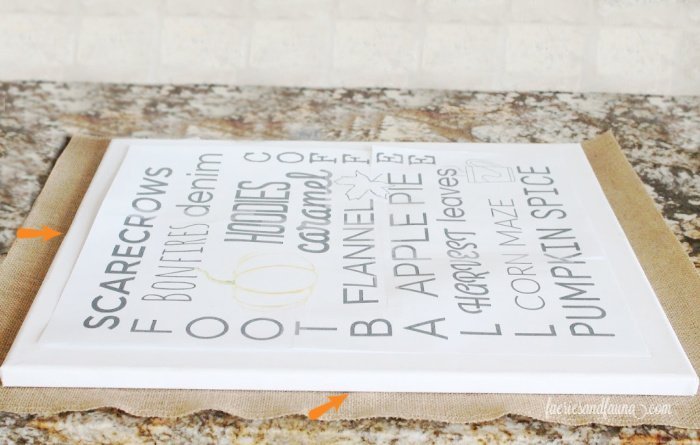 The really great thing I found out about transferring the letters to burlap is you can do them with really inexpensive markers from the dollar store.  They come in a variety of fall colours and I have a large stash of them in the basement for the girls to use when they visit. 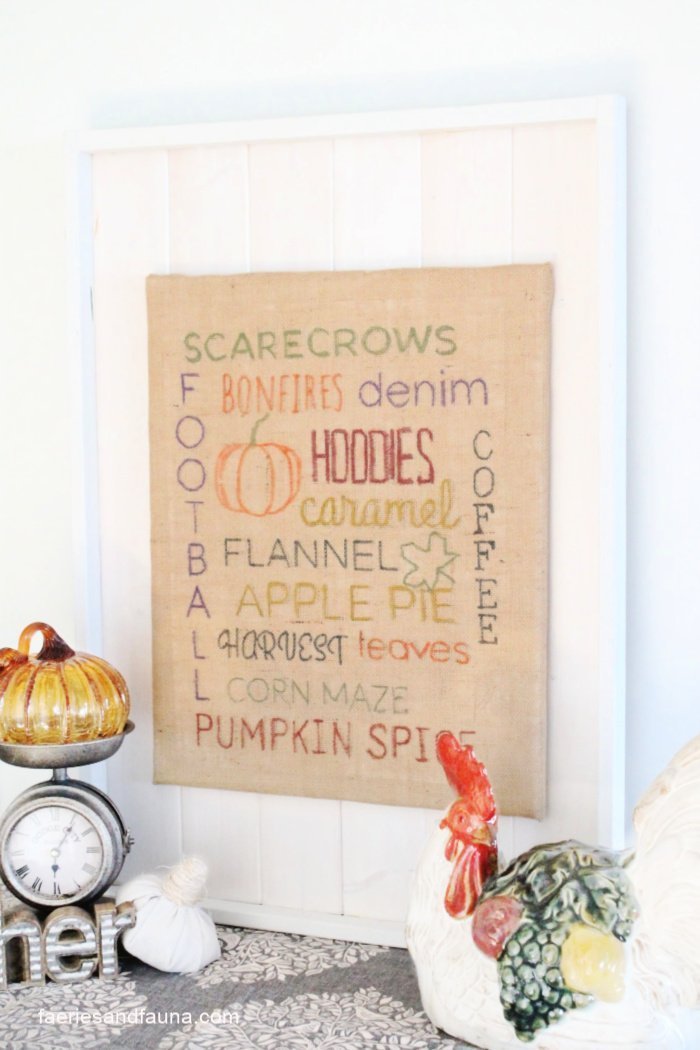 Once you have the letters traced in whatever colours you like.  Recenter the canvas on the back of the burlap using the chalk marks you did earlier to help you.

Staple the burlap to the back of the canvas along the wood portion. 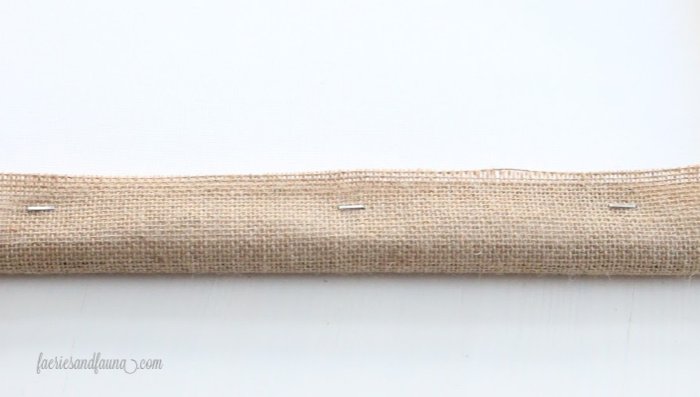 Once you have the four sides stapled and are confident the burlap is centered the way you want, do the corners.

I started with one side folding it up and neatly stapling it in place.  I then did the second side making sure to get a nice neat crease before stapling. 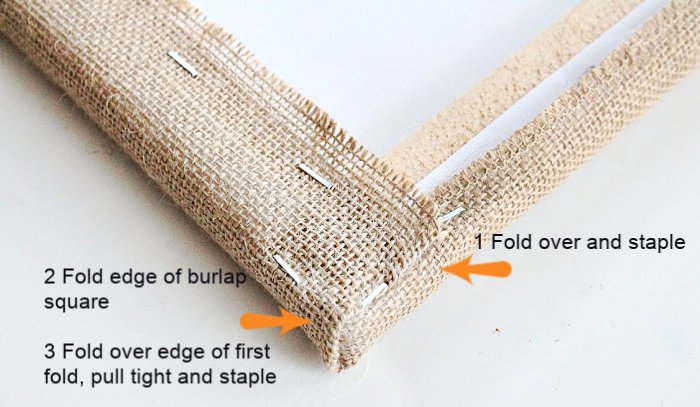 I hung my subway sign on one of the various backdrops I have for exactly that reason.  If you happen to want to make the larger shiplap backdrop here is the post that shows how I made the larger one.

You can also hang it on its own, or prop it in a vignette,  but as you know I have this love of all things white, so mine has the white backdrop.  I have several and love having all of them. 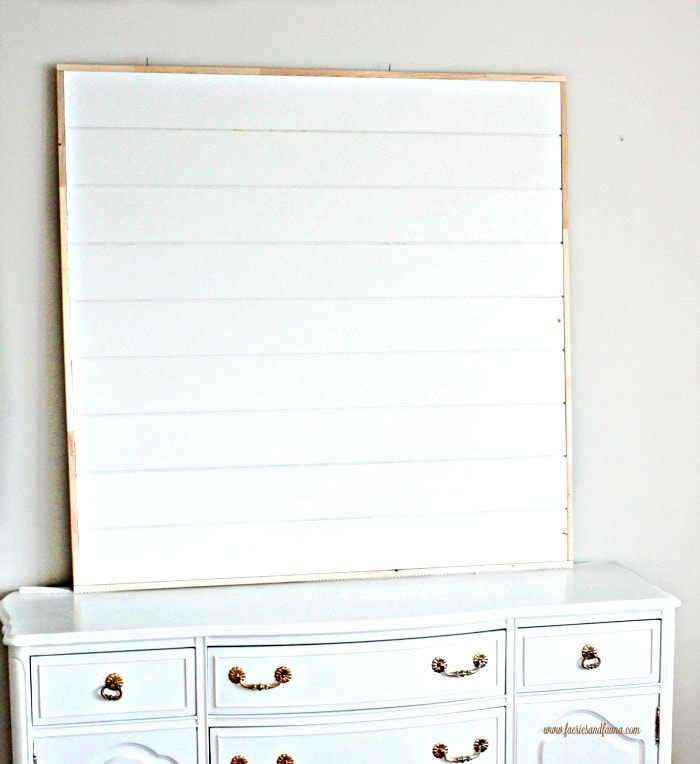 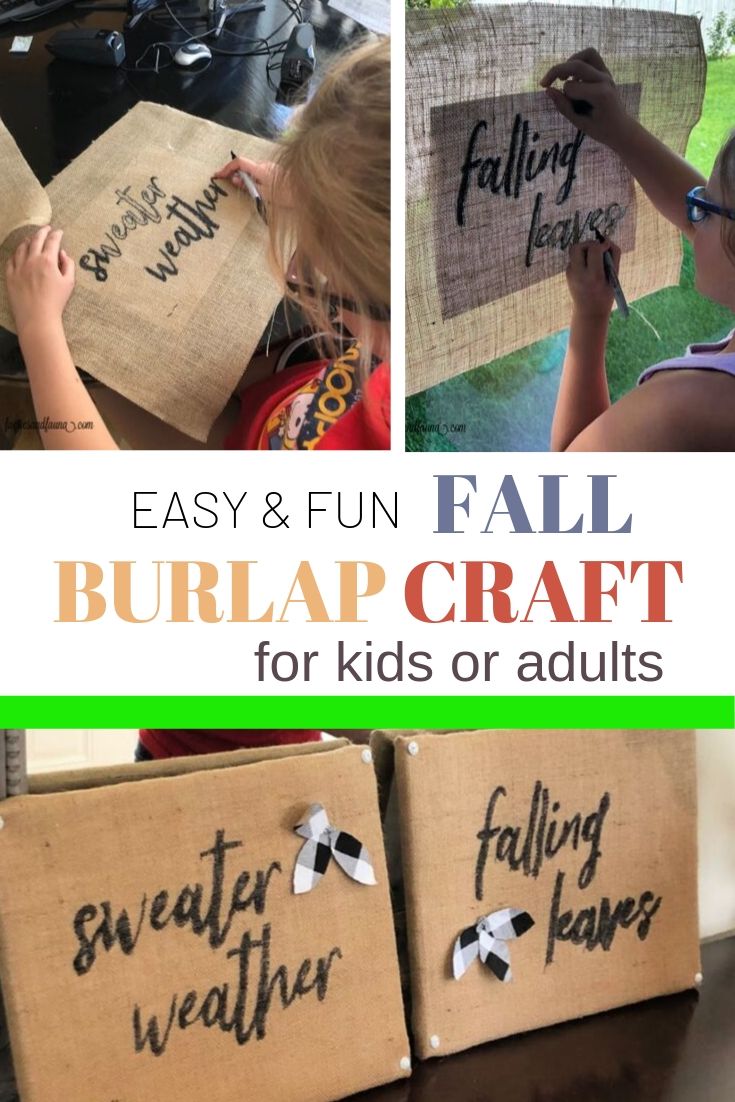 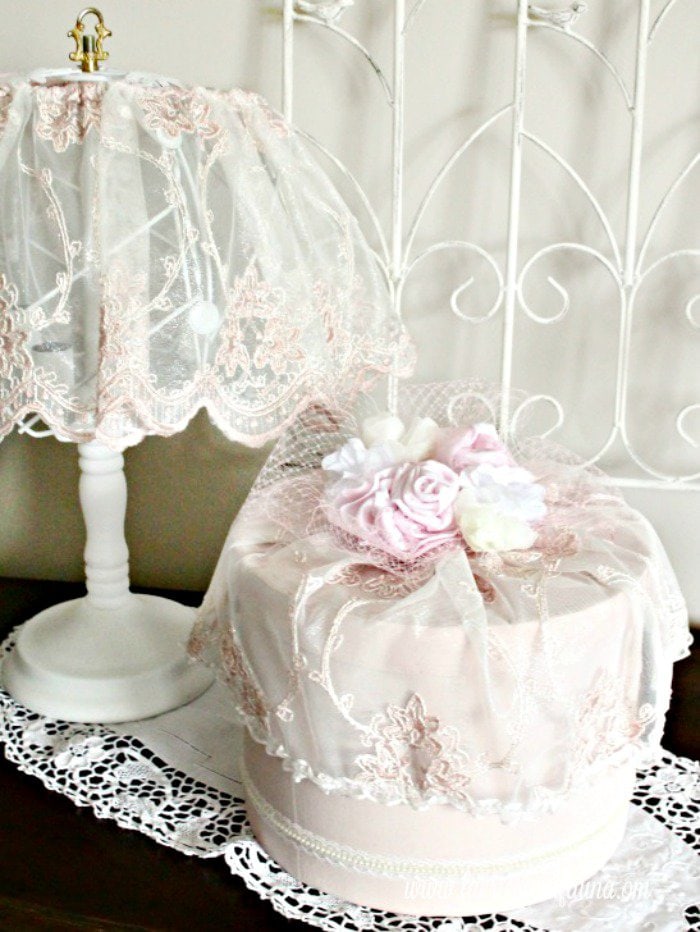 Old Family Lamp gets a Shabby Chic Makeover This DIY shabby chic lamp is a labour of love.  My sons found it in my brother’s apartment and I remember this ugly thing sitting on his dresser.  Hubs had stored it in the garage and I knew I was not going to be able to just… 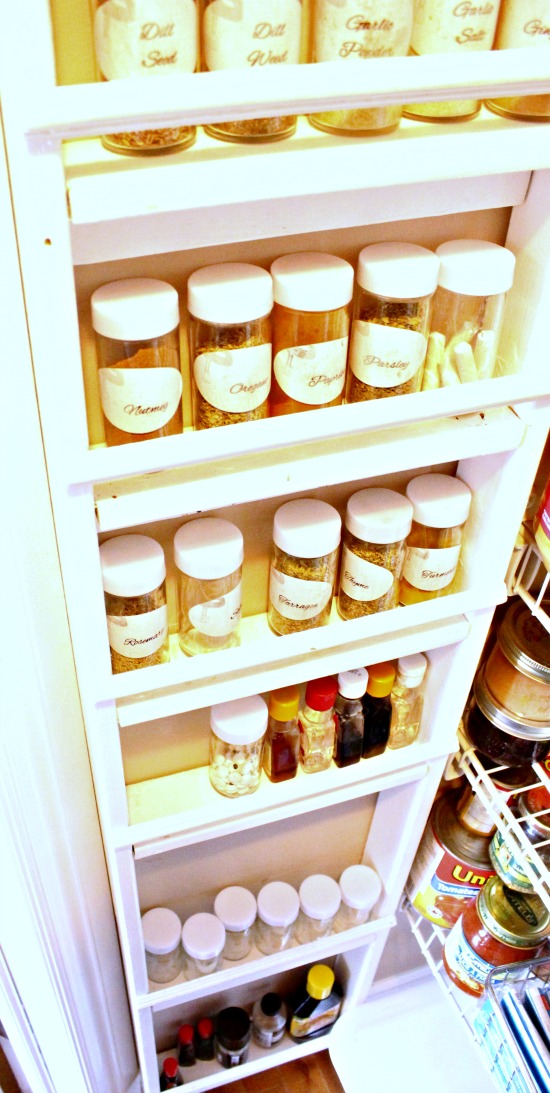 Easy DIY Spice Rack Did you ever notice how many spices your Grandmother had?  My mother and her friends had maybe 6 spices in a little rack.  We still use the same basic 8 spices (cinnamon, nutmeg, cloves, poultry seasoning, paprika, chili, and allspice).  These days its fairly common for us to have 30 or… 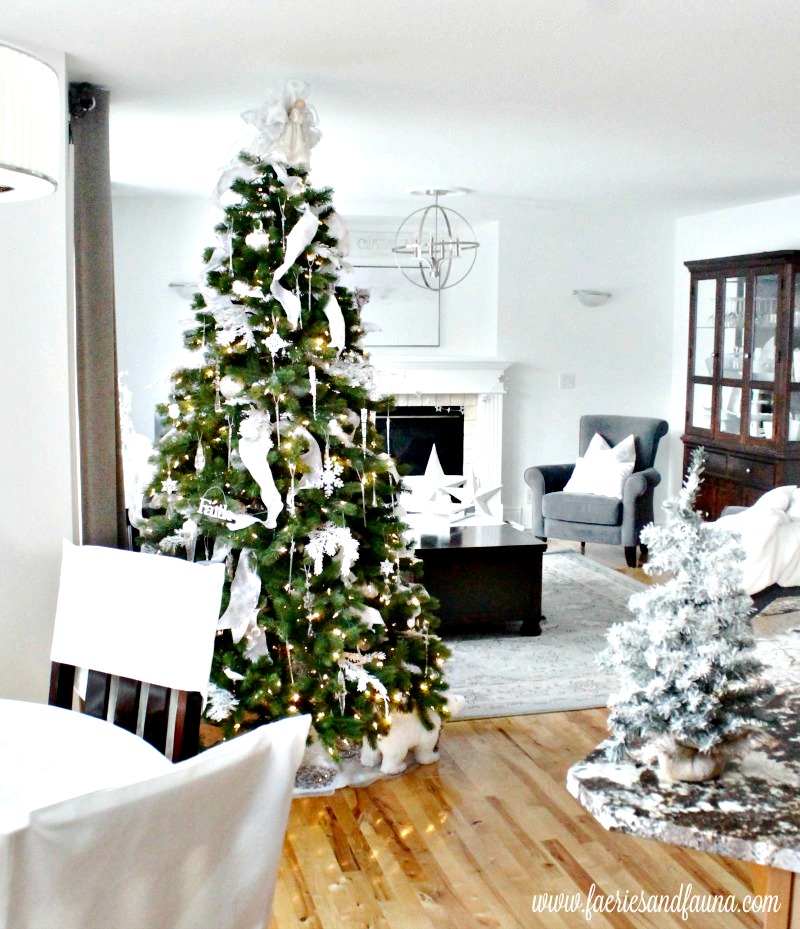 All white Christmas decor is my go to style, I had all white Christmas lights and crystal ornaments for 30 years, and its still my favorite. This roundup was really fun for me to put together and I discovered some new home decor bloggers at the same time. Do you find crisp, icy, sparkling, white… 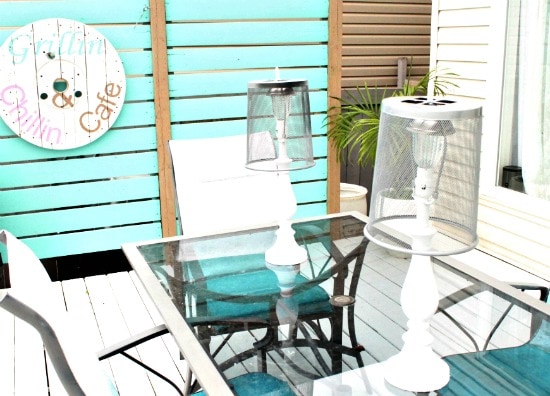 Make your Own Solar Table Lamps Summer days when you able to sit comfortably outside are so appreciated and we try to squeeze out as much time outdoors as our schedules allow.  Its so enjoyable to sit outside on the deck visiting, drinking wine and enjoying the fresh air. These solar powered table lamps light… 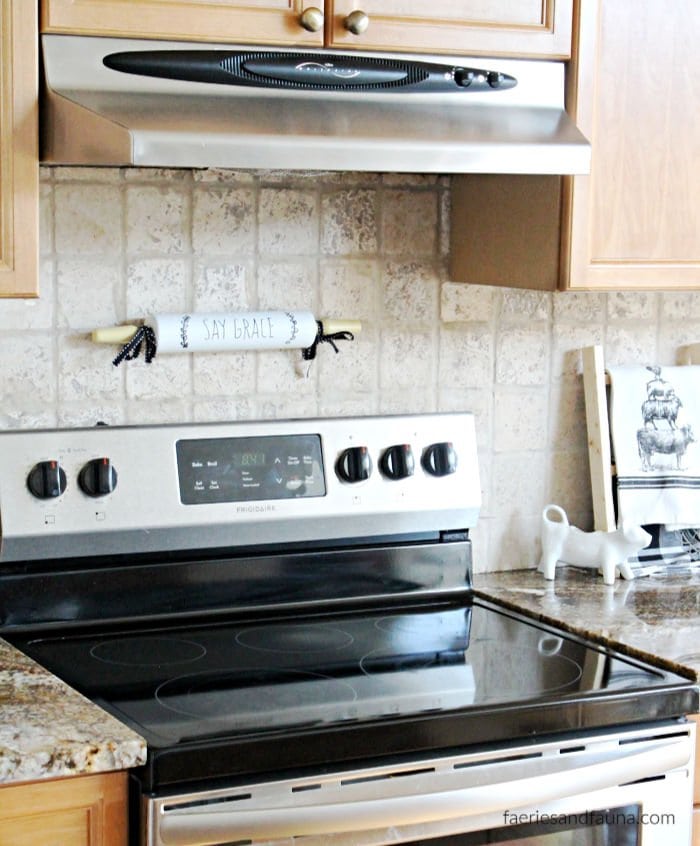 DIY  Farmhouse Kitchen Decor Idea Do you love vintage items that are feminine? Things like old sifters, cookie cutters, rolling pins, wooden spoons, vintage mason jars etc?  I have been in love with that stuff forever.  Always one of my favorite things to snag at a garage sale or antique show.  It always makes me… 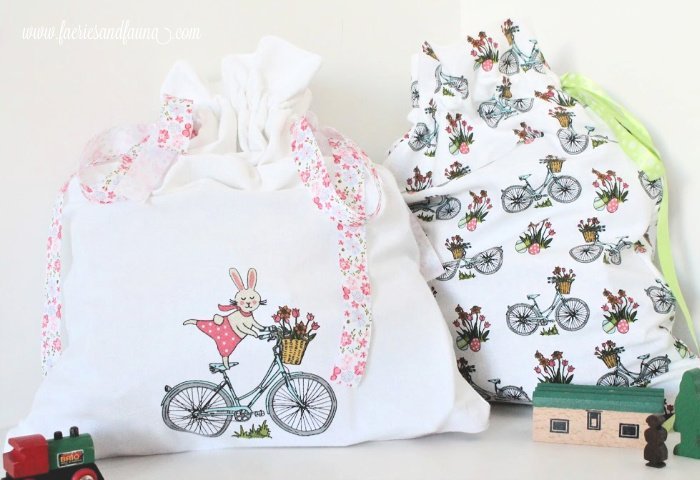 20 Minute DIY Fabric Bags or Spring Gifts Bags These particular DIY fabric drawstring bags require no cutting, or measuring and take about 20 minutes per bag.  So easy.  I am making these fabric gift bags to use for Easter gift bags to save on cost for Easter. I wish I could splurge at Lundt…