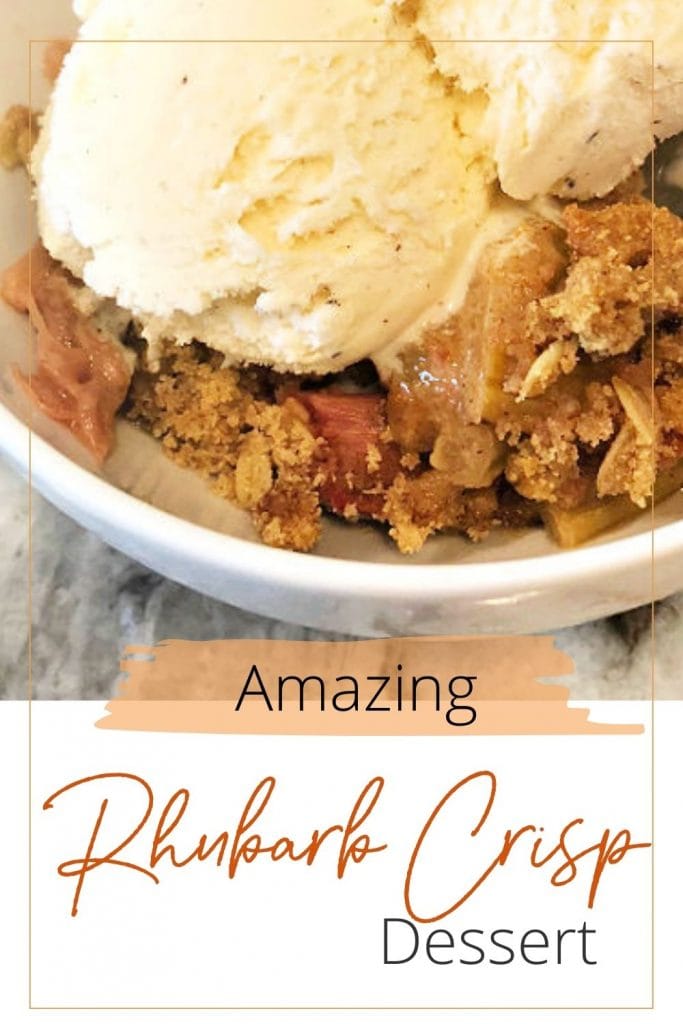 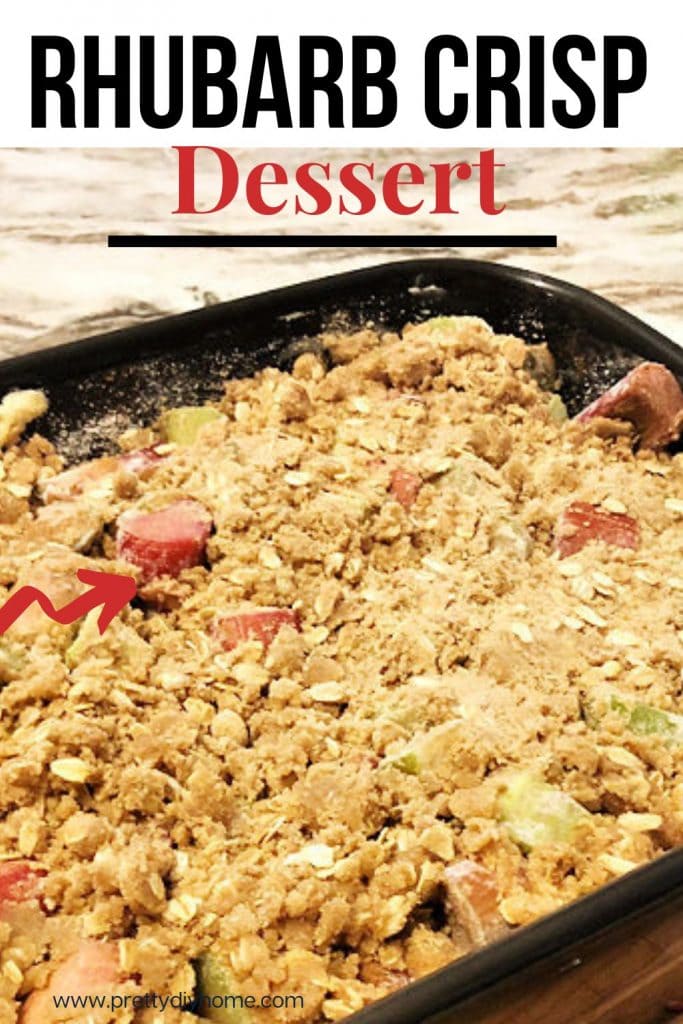 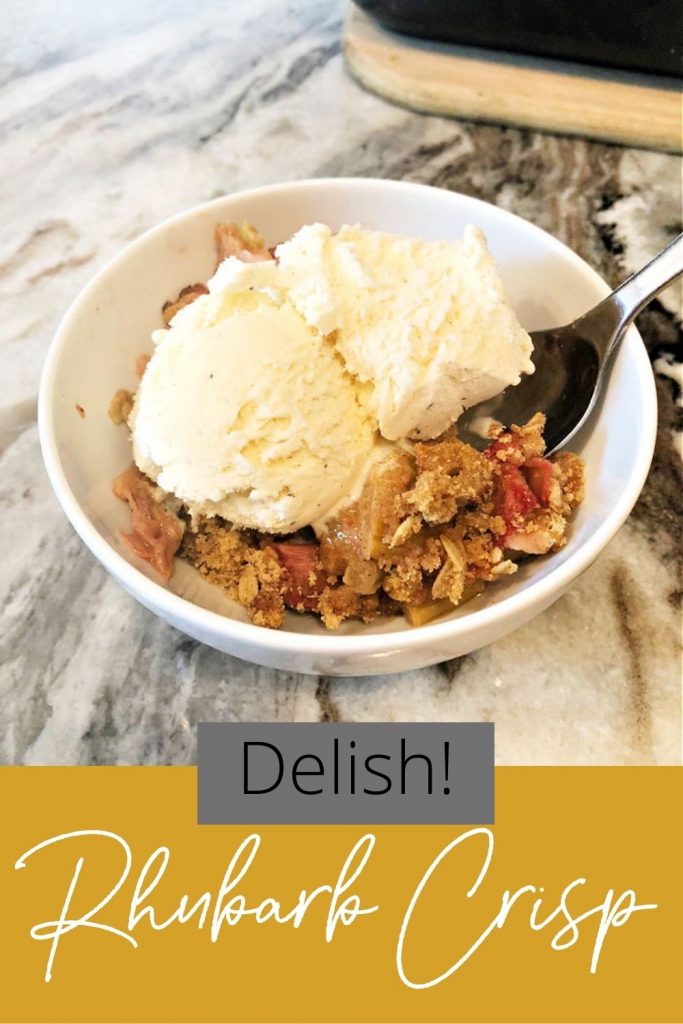 My family loves any rhubarb recipe, so I made all sorts of different rhubarb recipes. This rhubarb crisp is one of my favorite rhubarb recipes because its easy to make, delicious and you can easily double it to feed a crowd.

Rhubarb crisp is a simple, tart and sweet recipe you can make throughout the summer as rhubarb becomes available, or you can rhubarb crisp anytime of year using frozen rhubarb. My frugal nature loves that its so easy to grow, and if you don’t have your own rhubarb plant, its pretty easy to find rhubarb free from a neighbour or at a farmers market.

Wash, trim and toss the rhubarb leaves. Cut fresh rhubarb stalks into 3/4 inch slices. You can also use already cut up frozen rhubarb.

Place the rhubarb, sugar and flour into a large bowl. Toss until all the rhubarb is coated. Place in the 11 by 7 inch pan. Sprinkle with tsp of cinnamon. Set aside while you make the crumb layer.

In the same bowl as the rhubarb (saves dishes) make the crumb topping.

Add the oatmeal, and brown sugar. Stir to dissipate the sugar (makes the topping less dense)

Once mixed add the flour and cinnamon, stir again.

Pour the melted butter on top and blend until incorporated.

Place on top of the rhubarb filling. Spread so everything is covered.

Bake at 350 for 35-45 minutes until top is golden, and the rhubarb is tender when pierced with a fork. It comes out of the oven very hot. You can eat it warm but let it cool for at least 10 minutes before serving

You can rhubarb crap as is, just scoop out into a bowl. Or serve with ice cream.

I love to eat rhubarb crisp stirred into plain yogurt.

Want to try this recipe sometime? Please Pin it for Later

Use half strawberries and half rhubarb (4 cups of each), increase flour to 1/3 cup.

Store the rhubarb crisp in the fridge, for up to a week.

Instead of freezing rhubarb crisp I prefer to just freeze bags of rhubarb in the summer to enjoy during the long winters. Rhubarb freezes very well by washing, slicing and placing in a freezer bagl. You can freeze prepared rhubarb crisp, just wrap well in aluminum foil and then plastic. Place on the counter to thaw.

Other Rhubarb Recipes to Enjoy

Very moist and tangy streusel rhubarb muffin recipe. This is one of the most popular recipes on the blog. If you love rhubarb you will love these rhubarb muffins.

Rarely do you see rhubarb dessert for a special occasion and thats a shame because it its tangy flavour can be added to all sorts of dessert recipes like this No Bake Strawberry Rhubarb Cheesecake. I hope you try it, it really is special.