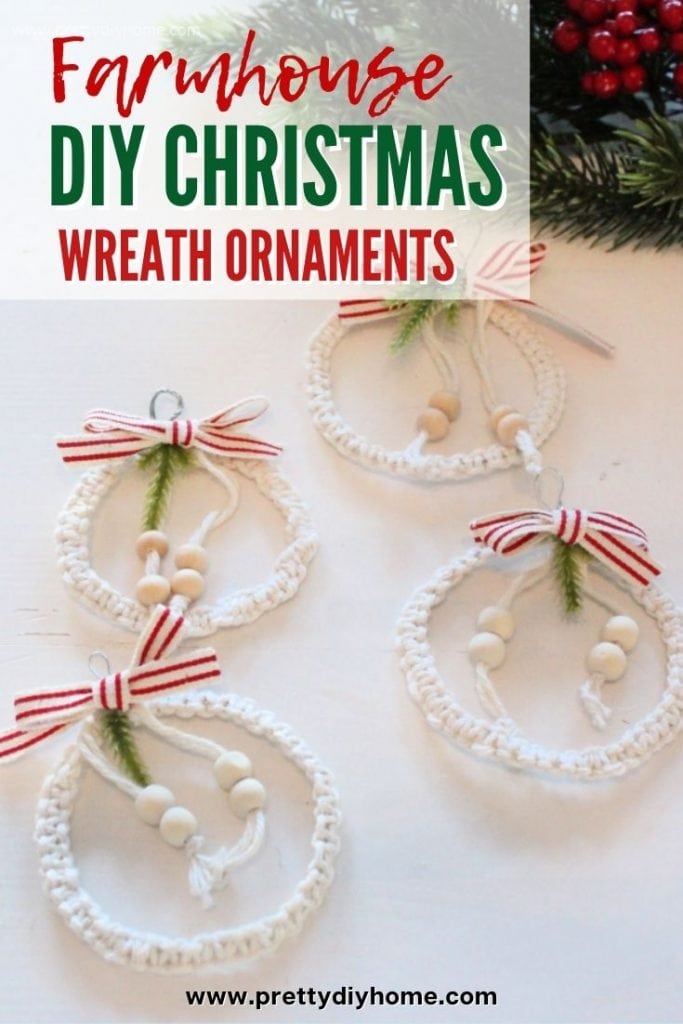 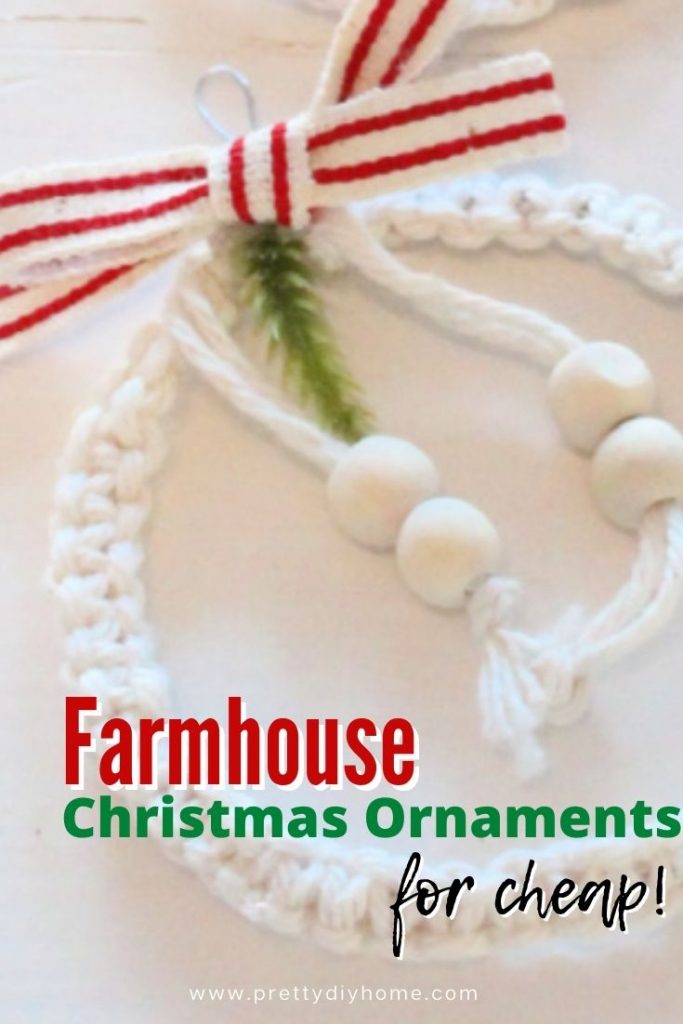 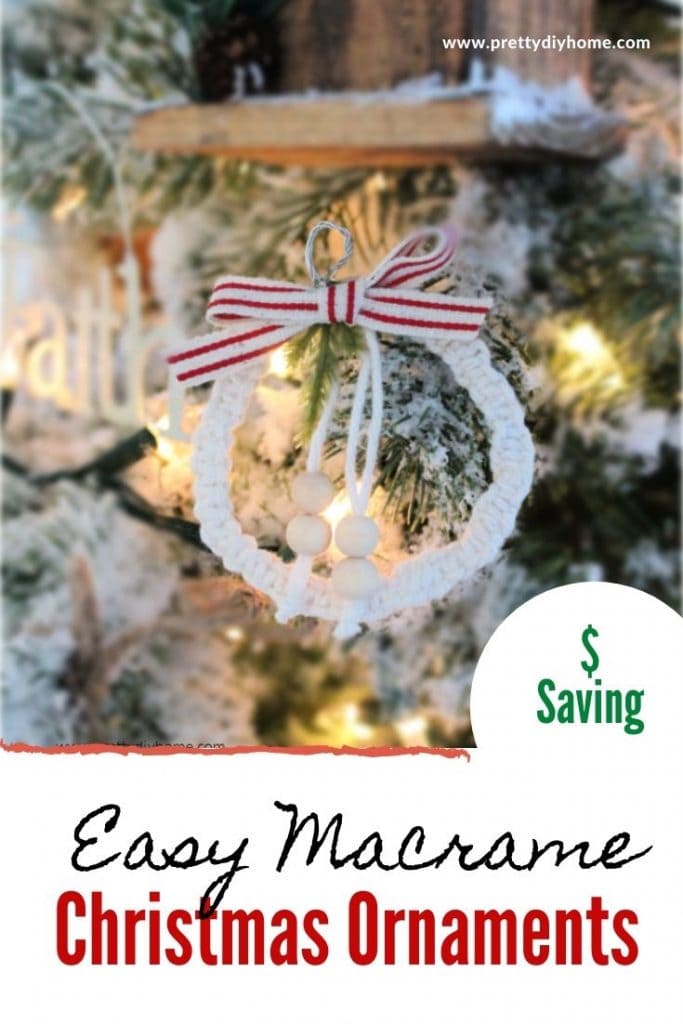 This DIY Christmas Tree ornament is done with macrame, but only one knot style, the basic square knot. If you don’t know how to tie a square knot I have added a step by step tutorial for the knot farther down the post. I do promise its super easy.

Supplies for Each Christmas Ornament

Cut a piece of florists wire 24 inches long. Fold the wire in half creating a loop at one end.

Gather the strips of wool together along with the wire. Using the wool tie a loop knot around the wire about four inches from the end.

Separate the four lengths of wool into three groups as shown below. Fasten the top end to a work surface with the tape. Take the two inner pieces of wool and the wire, pull straight and tape the other end about ten inches. Leave the other two lengths of wool one on each side of the inside cords with wire.

Tie repeating square knots until the the knots are 9 inches long.

Untape the macrame, wrap around a canning jar lid to form a circle. Connect the ends together by twisting the wires around one another. Trim the wire ends neatly.

Next take the wool and tie into a knot. Cut four pieces of the cord short, then divide the other four lengths into two sections.

My Hack for Threading those Tiny Beads

Before making these wreaths I used to thread beads with a large eyed needle, but this time I had the florist wire sitting right there and voila it worked so well.

Hold two pieces of wool together, then wrap a small piece of wire around the wool, pinch to hold the wool in place and then thread it through the beads.

Tie the ends into a knot to hold the beads in place.

Using hot glue seal attach a piece of greenery where the ends are tied together. Tie a small bow with coordinating ribbon glue over the greenery.

This is the most used of the macrame knots.  It looks more complicated than it is. The instructions are with larger cord so its easier to see.

Starting with four cords, you will work with the two outer cords and wrap them around the two inside anchor cords.

Step 1  – Take the left outside cord and move it to the right, over the two anchor cords.

Step – 2  Take the right cord wrap it over the newly placed left cord, then push it up through the loop on the opposite side.  Pull snug.

Now repeat these steps in the opposite direction.

Step – 3  Take the right cord and move it to the left, over the two anchor cords.

Step – 4  Take the left cord wrap it over the newly placed right cord, then push it up through the loop on the opposite side.  Pull snug.

As you repeat the square knot you will get a smooth series of flat knots.